Day 2 was an obscene amount of walking. We got up early and went for
our free English breakfast at the gorgeous hotel restaurant, The Pearl. My friend Caitlin was right: a full English breakfast is too much: eggs, bacon,
sausage, toast, tomato, and mushrooms. Also, eating at the restaurant
was a little too grand and formal for breakfast but it was nice to eat
a £40 breakfast (for two) for free. We waddled out of there and took
the tube to Notting Hill, where we did not see Hugh Grant.

Portobello Market is really cool,
stretches on for miles, but it was packed with people and is pretty
touristy. It was boiling hot and we stopped to buy a cool drink at a
market,
where we discovered that Lipton Ice Tea in UK is *far* superior to that
of the US. I got a peach flavored tea and it actually tasted like
peaches, and I can confirm it's superiority because I got a peach
Liptons the day after I returned to America and it tasted nasty as
usual.

Notting Hill is very lovely and very posh, I had wanted to go to this restaurant but it didn't happen.

After we had walked the whole market, we wandered around more of
Notting Hill and through a considerably less posh council estate (Brit
for project).  That was pretty interesting, not only to see a
grittier bit of London but to see an area where the super rich live
next to the super poor.  Brits: They're Just Like Us! 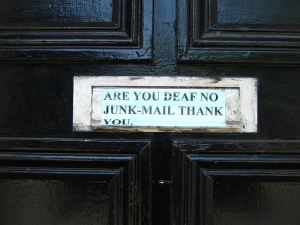 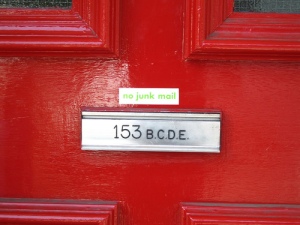 Another thing that's awesome in England is the food at Marks & Spencer.
I always knew they had fabulous pre-made food but the store is really
amazing, I don't see why anyone would bother cooking! They really have
everything, from bacon sandwiches to gourmet picnic baskets to meal
kits. Sort of like Trader Joe's, but with more selection and dowdy
clothes.

After the market, we walked down to Hyde Park, where it began to
rain.  We sought cover under a tree and sat in one of the handily
provided lounge chairs, until we were rudely interrupted by a park dude
demanding £1.50 for each chair.

This is a cool plastic dome thingie in Hyde Park where you can watch arty video installations and eat sandwiches:

British children seem to be a lot cuter than American kids, partially
because they say Mummy. The babies are especially fat and jolly, which
I like in a baby. Here's a cute girl enjoying the Diana Memorial
Fountain, perhaps as she is wearing no pants:

We made our way out of Hyde Park so I could get something to eat and
sit down for awhile. Husband is not the type of vacation person who eats
tons of meals and sits around relaxing; no, we walked for miles and
miles every day and had maybe two meals a day max. I actually *lost*
weight, even with eating bacon at almost every meal. We did wander into the two Marriotts around Grosvenor Square, thinking
we might switch hotels on the second weekend for kicks. The Marriott Grosvenor House
is gorgeous but under construction and kind of intimidating, actually.
There was a wedding going on when we went into the hotel and several
$500k cars with Saudi plates parked outside. Even after living in New
York for eight years, I have never seen the kind of wealth we saw in
London with all of the Saudi princes. Unbelievable! We decided to stay
in the Renaissance again which was great, but maybe after the renovation, I'd
try the GH.

We considered going the Tate Modern but my legs were jelly after
walking so many miles, so we went back to our hotel and refreshed. We
walked into trendy Clerkenwell in search of some nightlife and found
the fabulous Match Bar.The
drinks were expensive but absolutely delicious and an interesting
change of pace from pubs. Plus, the bartenders are all adorable and
amazing to watch. Check out the menu on the website and definitely go
if you're in London.  Another thing we noticed in London is that
there are
no actual Brits left int he restaurant industry. In every place we went
into, our waiters were French, American, Irish, anything but English.
Even in the other towns in England, it's really something.

Will end this flurry of posting with a refreshing Pimm's: 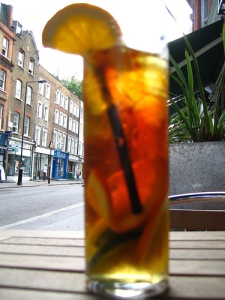 Pimm’s, All Bar One, London

This entry was posted in England and tagged london. Bookmark the permalink.