Our first stop out of Belfast was the charming town of Glenarm, where we stopped for food and ATM.  Very picturesque: 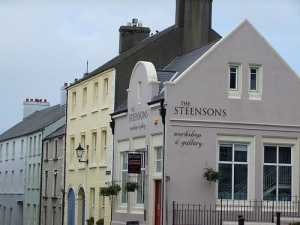 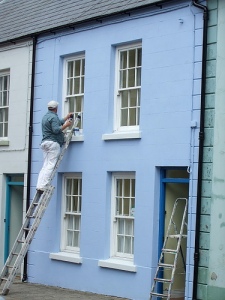 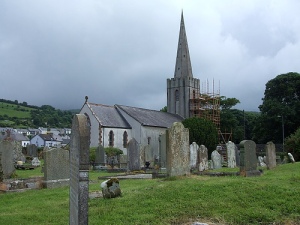 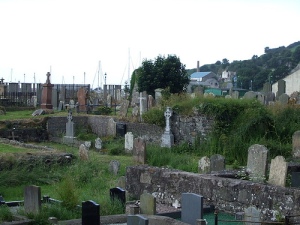 Lacking any sort of place to get food to go, we bought bread and sandwich things and I fashioned some sandwiches in the car.  We also succeeded in setting up my iPod so that we could listen to some music rather than more obscure talk radio, so I had the surreal experience of listening to Snoop Dogg's P.I.M.P. while sitting in the car on a street like this (actually, I think that little red car is ours): 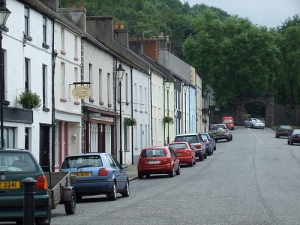 Sandwiched up, we got back on the road.  Here's what our view looked like most of the time: 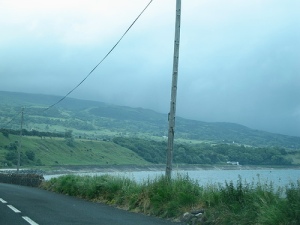 Next stop was the Carrick-a-Rede rope bridge.  Now, I have a pretty decent fear of heights, but I was assured by many that it was "not that bad" and as long as there weren't other people shaking the bridge, it felt pretty steady.  I was confident that I could do it, as long as I threated bodily harm to any people who looked like they might shake the bridge while I was on it.  You have to walk about a kilometer to get to the bridge from the car park, and the views were amazing.  This is Sheep Island, which begged the question: Can sheep swim?  Consensus: yes, if they have to, but not that well. 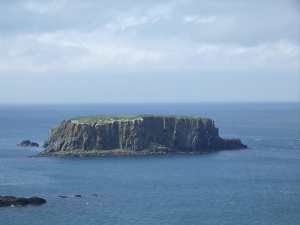 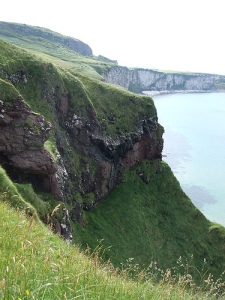 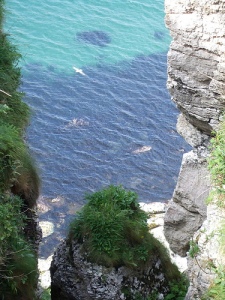 Clearly, I'm alive to tell the tale, but I haven't time now to do so, as I'm late to go somewhere. For now, I'll leave a taste of what's in store: 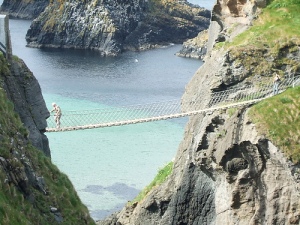 This entry was posted in Ireland and tagged coast, northern ireland, scary, village. Bookmark the permalink.