Considered going the Tate Modern but I'd had enough of walking and looking and cultural things, so we walked into trendy Clerkenwell in search of some nightlife instead.  Found the fabulous Match Bar. The drinks were expensive but absolutely delicious and an interesting change of pace from pubs. Plus, the bartenders are all adorable and amazing to watch. Another thing we noticed in London is that there are no actual Brits left in the restaurant industry. In every place we went into, our waiters were French, American, Irish, anything but English. Even in the other towns in England we went to they were foreign, it's really something.  When we got the check, I not only forgot that service was included but forgot that standard gratuity was 10% and not 20%. Our waitress was American, natch, so she could have said something but instead she stood by and took my 30%, making me feel like a chump.

Sunday we woke up embarassingly late, when a fire alarm went off as there had been a blackout in the neighborhood (this was the only one we knew about while we were there but the heat wave caused a lot). Once we realize what time it was, we quickly got dressed and went to the British Museum. On the way we stopped for "breakfast" at My Old Dutch, where I had an awesome apple and bacon pancake:

Yes, I ate the whole thing.  The British Museum is amazing, full of stuff the Brits stole from other cultures.  They have a lot of their own old shit too.  I'm thinking England should change it's slogan to "You think your shit is old?!"  Even growing up in New England did not compare to the antiquities of England.  Hmm, maybe the "New" should have tipped me off…

After the museum, I insisted we go back to the hotel so I could change for evensong church service, which was silly as it would be all tourists there and I was way overdressed. On the way to St. Paul's (where Princess Diana was married), we went to the Museum of London for their exhibit on satire. We only had an hour before the museum closed so we only saw that exhibit, but it was fantastic and I wish we had time to go back. I got some excellent cockney rhyming slang postcards at the gift shop ("I've had too much to tiddly wink" (rhymes with drink)).  For more on rhyming slang, check out this BBC dictionary.  I do enjoy a few Britneys from time to time but try not to get bladdered if I can help it.

St. Paul's is gorgeous, and as an Episcopalian, it was cool to go to an Anglican service.  Best of all, it's free to attend a service there, as opposed to the exhorbitant £9 admission charge for tours.  Meant to go to services at Westminster Abbey as well for this reason, but that was really worth the tour. 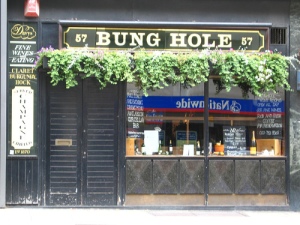 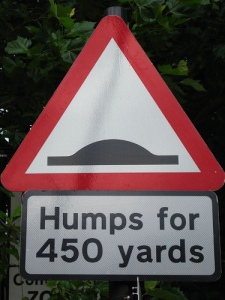 This entry was posted in England and tagged london, pubs. Bookmark the permalink.